Launch of a new health product, a drug or the creation of a new subsidiary... Would you like to view all of UbiPharm's press releases?
You're in the right place. 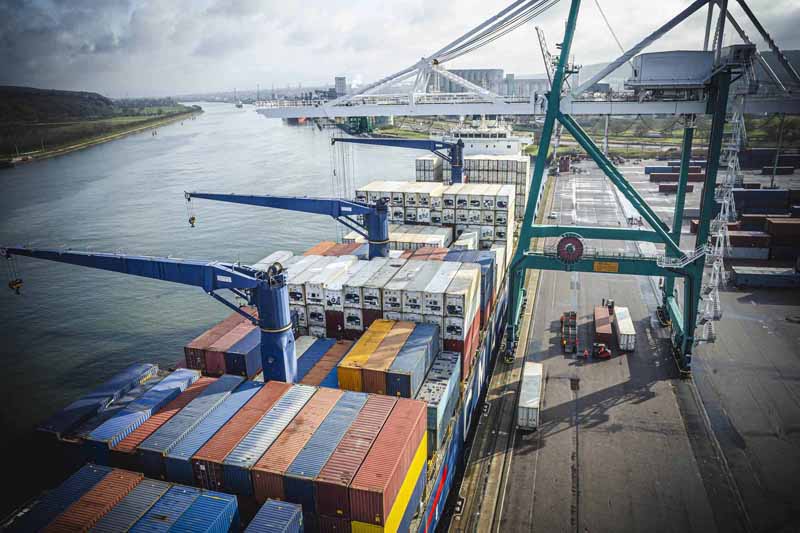 Appointments to the Boards of Directors of the UbiPharm companies

The mandate of the new PCA is for a period of 2 years, in accordance with the rotating presidency mode in force within the UbiPharm Group.Ý

The UbiPharm group warmly thanks the outgoing chairmen for their leadership. 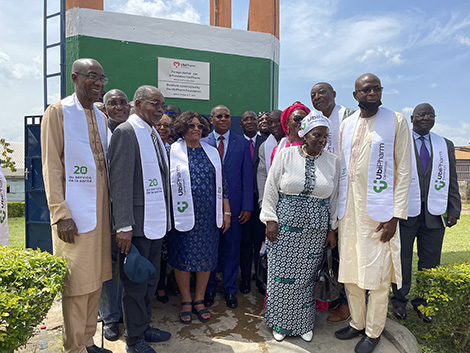 The UbiPharm Foundation provides a solar panel borehole in the town of Obala, Cameroon

The UbiPharm Foundation is providing the town of Obala in Cameroon with a water drilling point. This donation is the first of a series of 10 donations of boreholes and drinking water fountains in the 10 regions of Cameroon.

On Thursday 27 October 2022, during an inauguration ceremony at the hospital in the commune of Obala, the UbiPharm Foundation donated a drinking water borehole, in the form of a public fountain, to the people of the locality of Obala, in the Centre region of Cameroon. This 95m deep solar water pumping system has a pumping capacity of about 40m3 per day and is equipped with a treatment system that guarantees the potability of the water without chemical treatment.Ý

The Obala water point will be managed by development committees, community initiatives.ÝThis donation is the first of a series of 10 donations of boreholes and drinking water fountains in the 10 regions of Cameroon, mainly in localities where access to water is compromised. All ten boreholes are financed by the UbiPharm Foundation to the tune of 70 million CFA francs.

During the ceremony, Mrs Juliette EGNANKOU, President of the UbiPharm Foundation, unveiled the inauguration plaques and officially handed over the keys of the borehole to the Prefect of the region, Mr Patrick SUMO KAMSU.

Mrs Juliette EGNANKOU, explains: "I am happy that we are gathered on this day to celebrate health and life.Ý This drilling system installed in the Obala district hospital will enable us to supply the surrounding populations. So we are celebrating water at hand. "Ý

Mr Patrick SUMO KAMSU, Prefect of LÈkiÈ, added: "It is our responsibility as a commune to put in place the necessary infrastructure for the distribution of water to our populations.ÝWith this donation of a borehole, the UbiPharm Foundation is supporting us in our efforts to make drinking water accessible to the inhabitants of Obala. We are grateful for that. "

This charitable initiative, sponsored by the UbiPharm Foundation, took place on the occasion of the 20th anniversary of UbiPharm Cameroon.Ý

More than 500 people attended the event including: officials from the Cameroon Ministry of Public Health,Ýthe Prefect of the Department of LÈkiÈ, the Sub-Prefect and the Mayor of the locality of Obala, the management of the Obala District Hospital, and traditional authorities, law enforcement agencies. They were also joined by the members of the Board of Directors of UbiPharm and the Advisory Board of UbiPharm Cameroon, as well as several executives of the company. The population of Obala was also present at this festive event.

Present in 15 African countries and 4 French overseas departments and territories, UbiPharm promotes access to healthcare solutions. This supply chain expert integrates five businesses: wholesaler-distributor, distributor, logistician, promoter and depository. With an innovative model based on 3,800 pharmacist-customer-shareholders and a high-performance and responsible distribution system, UbiPharm is proud to support healthcare players by creating close relationships that benefit everyone.

The eleventh in the lineage, under the name of UCPharm, UbiPharm Cameroon was created in 2002 by Cameroonian pharmacists who wanted to join the UbiPharm group. UCPharm, which became UbiPharm Cameroon in 2010, has continuously developed thanks to the participation of more than 370 local pharmacist-clients. It claims 800 pharmacist clients. UbiPharm Cameroon has 181 employees spread over three commercial agencies in Douala, YaoundÈ and NgaoundÈrÈ, which proudly reflect its twenty years of presence in Cameroon.

The Board of Directors of UbiPharm group announces with sympathy that Dr Daniel NDOUMOU OBAME, Board Chairman of UbiPharm Gabon has passed away on September 6th, 2022, in Libreville, Gabon.

Dr NDOUMOU OBAME had recently been appointed Board Chairman of UbiPharm group and of GESCA. He was also one of the founders of the UbiPharm group.

Afflicted by the news of Dr NDOUMOU OBAME's passing, UbiPharm group would like to thank the late Dr NDOUMOU OBAME for his invaluable contribution to the Group, and offers its deepest condolences to his family in these difficult times.

Appointments to the Boards of Directors of the UbiPharm companies

On June 16, 2022, the Board of Directors of the UbiPharm group appointed Mr. NDOUMOU OBAME Daniel as the new Board Chairman, replacing Mr. DAO Boukary.

New Board Chairman in Mali, Senegal, and Togo

The subsidiaries of UbiPharm Mali, UbiPharm Senegal, and UbiPharm Togo have recently appointed the new Board Chairman of their respective company.

The mandate of the new Chairmen runs for a period of 2 years, in accordance with the rotating mode of presidency in force within the UbiPharm group.
Ý

The UbiPharm group warmly thanks for the years of service the outgoing Presidents:

With a presence in 14 African countries and 4 French overseas departments and territories, UbiPharm continues to promote access to healthcare solutions. With a turnover of 882 million euros in 2020 and 1,750 employees, this supply chain expert integrates five businesses: wholesale distributor, distribution, logistics, promotion and depository. 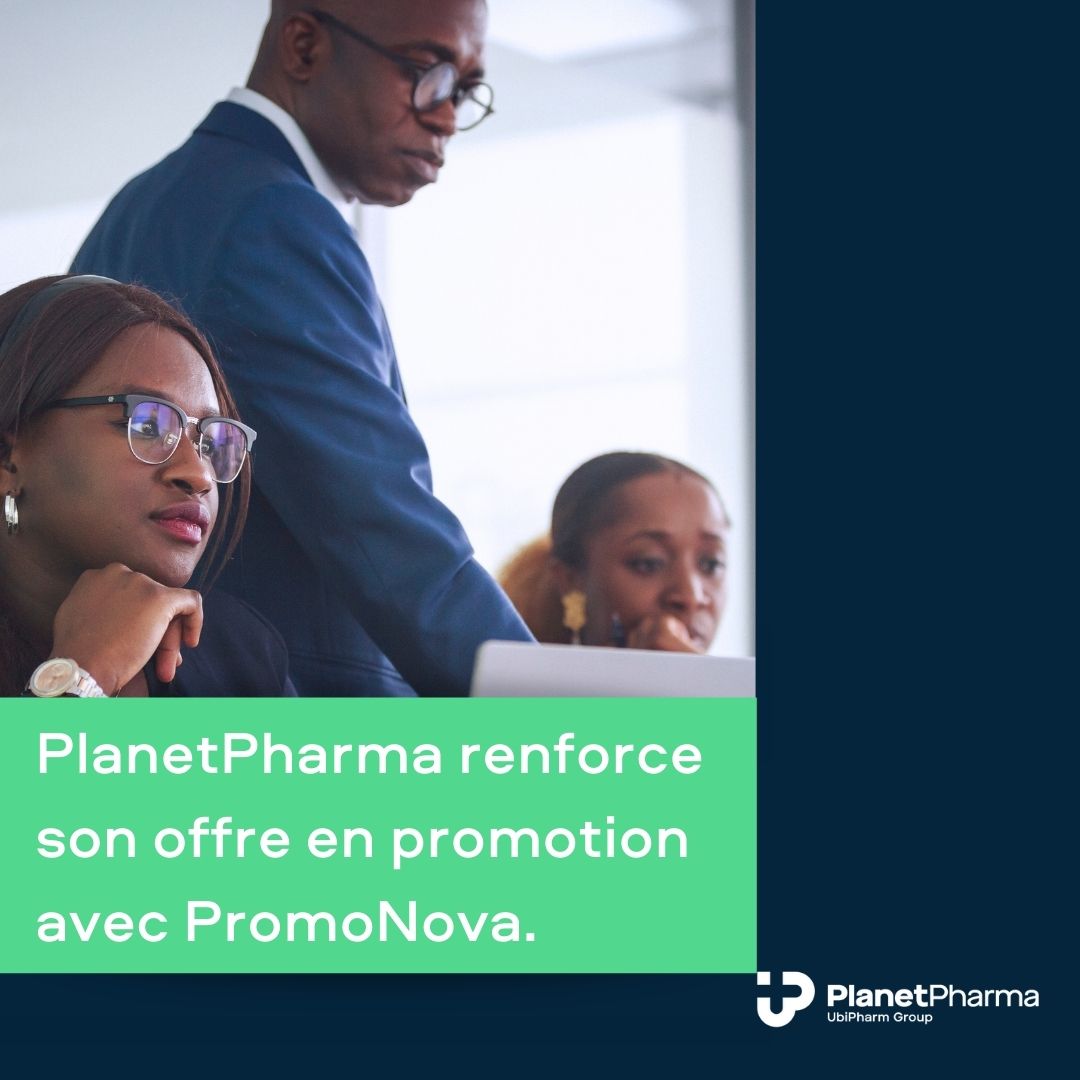 PlanetPharma, UbiPharm groupís logistics platform based in France, is expanding its offer by creating the company PromoNova. This service answers to the new expectations of pharmaceutical laboratories, which want an integrated offer of distribution and quality promotion.

Through PromoNova, PlanetPharma reinforces its offer in the promotion of health solutions to the African continent by proposing an innovative model based on the optimization of the point of sale, and strongly focused on the digital service.

This new proposition offers a broader solution to pharmaceutical customers by providing them with the latest digital promotional tools. At the same time, they will be able to benefit from a portfolio of complementary services for the distribution, promotion and regulatory monitoring of their healthcare products.

Mr. HervÈ GUESSENND, CEO of PlanetPharma explains: "With PromoNova, we are proud to continue to support pharmaceutical laboratories in the distribution and deployment of healthcare solutions in Africa, whilst contributing to making medicines available to the population. This differentiating approach combines traditional promotion and digital innovation while respecting ethical rules, to increase market share."

Mr. Messotigui DIOMAND…, Director of PromoNova adds, "Thanks to our expert and dedicated team, our integrated service solutions allow our partners to penetrate the point of sale more easily and boost the rotation of their products in the pharmacy while being able to understand the customer's needs."

Based in Abidjan, CÙte d'Ivoire, PromoNova, whose objective is to cover French-speaking sub-Saharan Africa, has started its promotional activities in CÙte d'Ivoire, Cameroon, Mali, and Senegal.

UbiPharm has, through its subsidiary PlanetPharma, a logistics platform based in France chosen by more than 100 healthcare companies to ensure their distribution to 24 countries on the African continent. PlanetPharma also offers a wide range of services focused on the Healthcare industry.

UbiPharm reveals its ambitions for the future through a new identity

On the eve of their 30th anniversary, the UbiPharm Group is looking towards the future under a new identity, incarnating its contribution to the world of tomorrow, which is to facilitate access to health solutions in Africa and French territories overseas.

The Group's new ambitions, supported by its new identity, reside in its desire to be the human partner of the pharmaceutical sector, constantly innovating to transform the distribution and dispatching models of healthcare solutions.

Thanks to its presence in 19 countries, UbiPharm is committed to being the partner of reliability to assist institutions in their healthcare deployments and to make the African andÝtheÝOverseas departments and regionsÝof FranceÝeconomic fabricÝshine.

To tell the story of this transformation, it was necessary to imagine an identity that would allow the Group to address its partners around the world in a cohesive way, while affirming its presence across the entire value chain of the pharmaceutical industry.

UbiPharm's agility, leadership and human approach are reflected in a new brand signature: "Health at hand, now.". Representing the Group's original business and mission, expressing its ability to deliver healthcare solutions instantly to the populations of the countries in which it operates.Ý

The new logo, inspired by the initials "UP", denotes the desire to constantly look towards the future and takes its origin from the shape of a heart and the medical cross of health. These symbols are the reﬂection of the Group's DNA and its values. It unites all UbiPharm employees and partners behind a unique and easily recognisable sign.

Discover this new identity directly on our website: ubipharm.comÝ

Because healthcare cannot wait, it is our daily concern.Ý

With a presence in 15 African countries and 4 French overseas departments and territories, UbiPharm continues to promote access to healthcare solutions. With a turnover of 882 million euros in 2020 and 1,750 employees, this supply chain expert integrates five businesses: wholesale distributor, distribution, logistics, promotion and depository.